I manifest the 'erbs essence
When my life starts stressin me out and I see no way
But I got hope like Bob, in fact I keep tracks
and I packs in stacks for you new jacks
I'm buildin with the gods on some vibin
and now everyday I'm vibin, then I get licked bag of trick to lick the di*k
See I know ways around complicated matters
Roll up in the ghetto on the island of Manhatten
See, though my ci-lo maintainin with the dread
Rock the flat top until the [sh*t] went dead
I'm known for my skills, all my technique's coast
I wreck rhymes systematic, I'm a turntable addict
But still I put it down to timin to the rap
Representin Harlem, mother[f**ker] where you at?
Cos I got a bag and I gotta blunt
If you livin the life of da Call O' Da Wild, mother(f**ker) whatcha want?
[Chorus x4:]
My head's in a cloud of smoke
When I choke upon the lye, air-high
(We flow eye-to-eye)
I'm on cloud 9, I keeps about a quarter pound of gunja
Oh I wonder, if I
could have a mega blunt session with my homeys, no question
The neighbourhood goon sewn like I'm from an (?A's Boon coon?)
Feed the feelin, the (sh*t) smarter
Hittin up your daughter, slaughter styles
The best way, Chico, me and Mico
That's my Ese, be gettin lye on a day-to-day
basis, I still find traces of hash in my back sack
Black, a matter o' fact
I need a shotgun, shotgun crush to my head
My eyes are swell, we're gettin bread, what the hell these?
Smooth stone is the way of the walk
I rather be [f**ked] up then outlined in chalk
I stalk the streets of New York like a bandit
I landed a deal with some homeys from the Hill
On the real, I represent Harlem, New York
That small talk, kid I told you that [sh*t] walk
They're jealous, you know you can't [f**k] around fellas
You be sloshin like EPMD (You know I'm housin)
[Chorus x4]
So mellow out and sit back, relax
and listen to a track dedicated to the backs
8 black, wit phatness possessed, yes!
The Shooby-Doo with the E's puffin the bags that Buddha blessed
I like to utilise my scar mental
That's my fundamental, so check the dread-headed individual
from the sidewalks, where the basehead walks
and the hos won't talk unless you're large in New York
So can it be that I am just a Y-O-G
from the (?P-O-L-O the D-R-E-O-U-N-D?), baby
Gets crazy, hectic, so check my method
[Chorus x4] 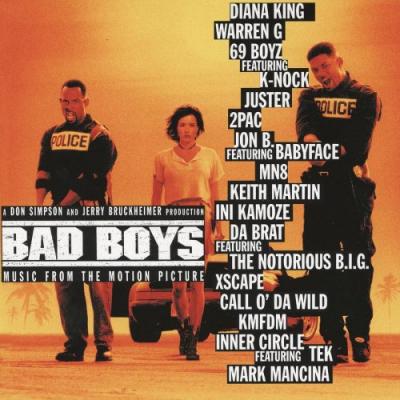