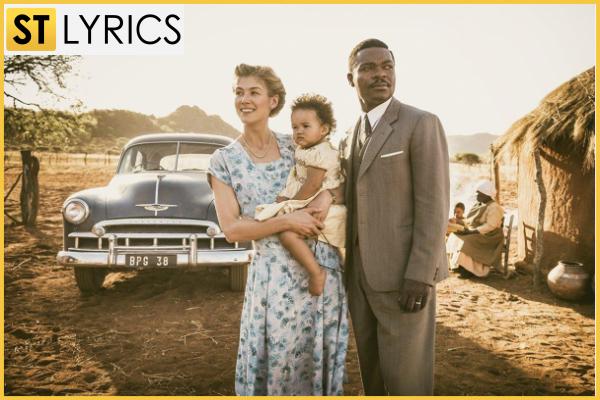 Strength is in unity

A season of children's films and cartoons takes its time. But now it is time for serious cinema, which dictates not truths, but in practice shows how important the history and all the upheavals that accomplish powerful people in it. After Ben-Hur, a movie that is just ready to blow up theaters, the next big milestone in the history falls on the United Kingdom. We will see an incredibly touching story of a man whose heart and soul are full of love, not only to woman he loves, but also to his nation. This is a person that is responsible for his people, and who will fight for them and their interests.

Now, hearing that this kind of couple is getting married, even if they are high-ranking officials or royal persons, we can hardly be surprised, because it is quite ordinary situation. However, once married a white woman and a black man was somewhat surprising, especially considering that this man is throne's heir for his nation. Heroes have decided to go to their ideals and objectives, and it will be hard for them to carry their love through all the obstacles. Even parents are against this union, despite fact that love between young people is obvious, as it literally shines through eyes. During two-minute trailer video, we have time to feel almost the entire history of the characters: they have a family; there is something that is worth living. Over time, their family has a child, and now their more than serious intentions to each other cannot be denied. However, a great deal in life – equality and freedom for people – do not leave them indifferent till very end.

Future viewers unanimously declared this is a political movie. Yes, analogy can be traced very profoundly. Metaphor, as connection of marriage and love with his people, his country. Despite that, audience believes film can help to evaluate it directly into this movie. We will not argue with them. This picture reveals to us the verge of a huge world, which is very extensive and has too many aspects of which we are unaware. How difficult is it for one man to convince many in his love? Does he deserve right to live and exist after that? Perhaps you will say that it is a matter of personal choice, but it's reasoning from modern man, he or she is much more confident. Here we can only support torn heroes with all our heart. They are eager to destroy the foundations of absurd, and we hope they succeed (despite we all know what happened).